Today we’re going to finish the Arduino Power Strip – or at least bring it to a state where it’s usable for now and can be controlled using Home Assistant. There is also an issue we need to address.

Before starting with the low voltage wiring, I added a separating wall made from plywood between high voltage side and low voltage side to serve as an additional barrier if a wire might come loose. First I wanted to screw the plywood in place using small wooden blocks I glued to it, but after the first block split I decided against that and just glued everyhing in place. 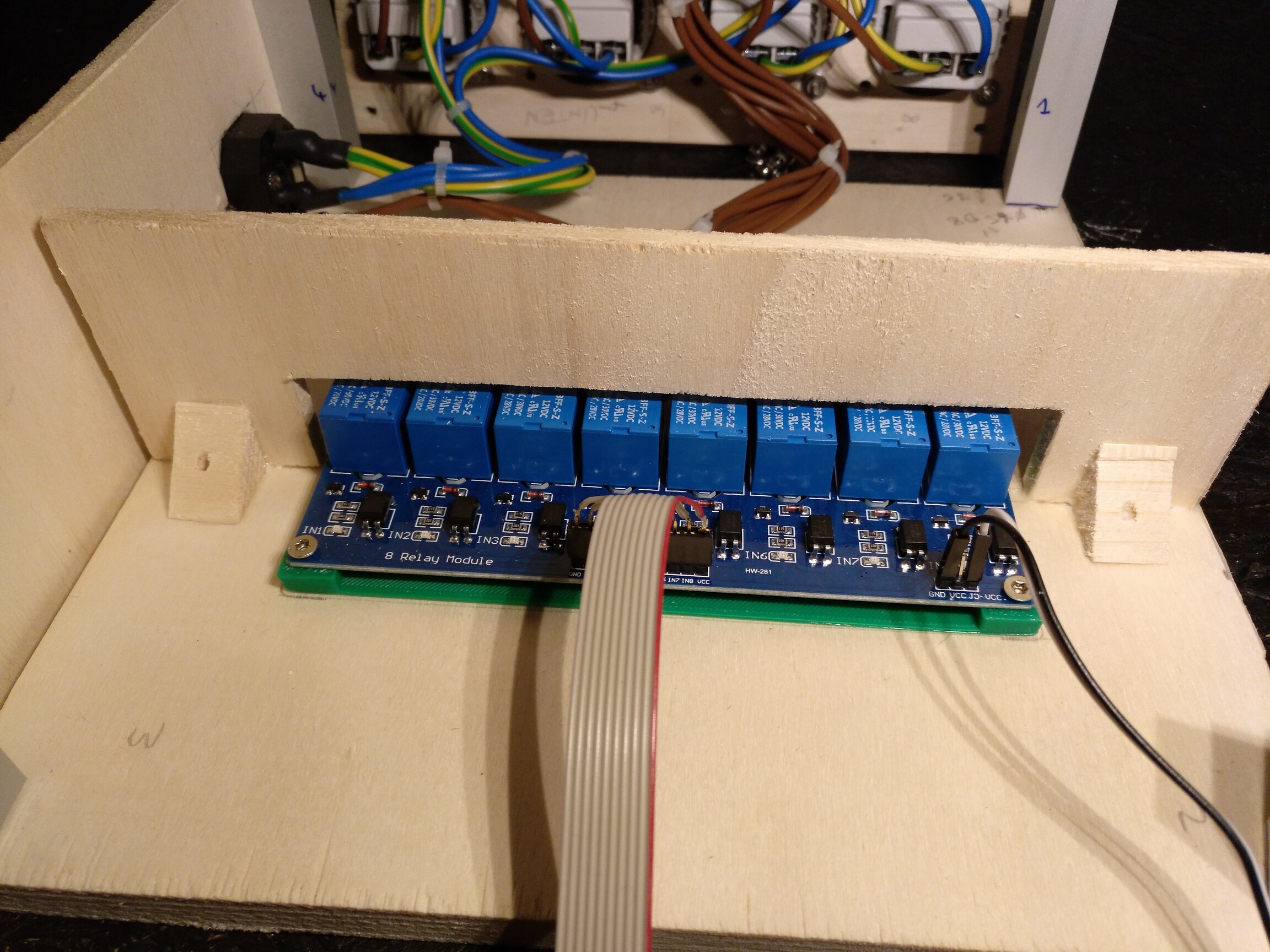 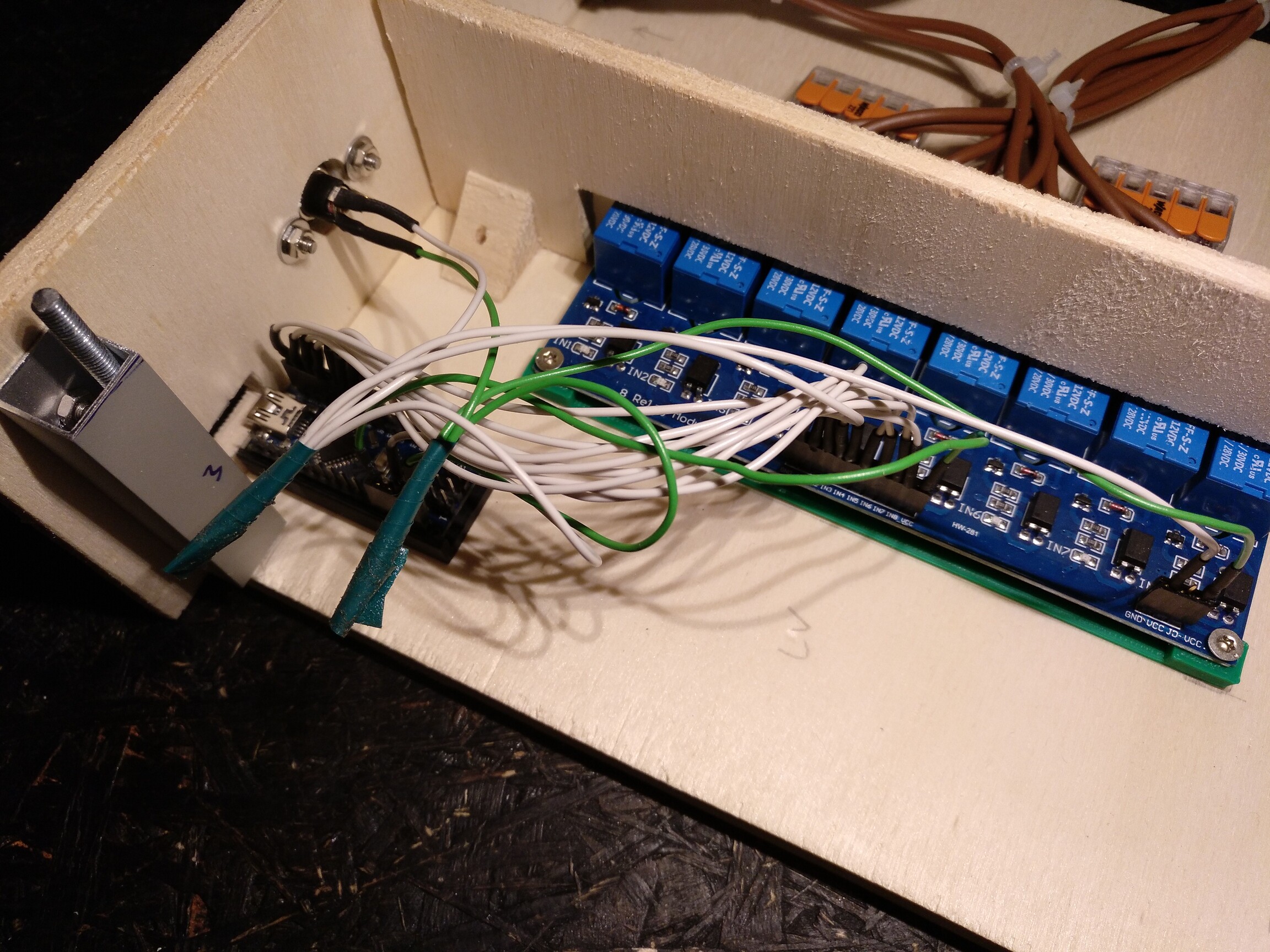 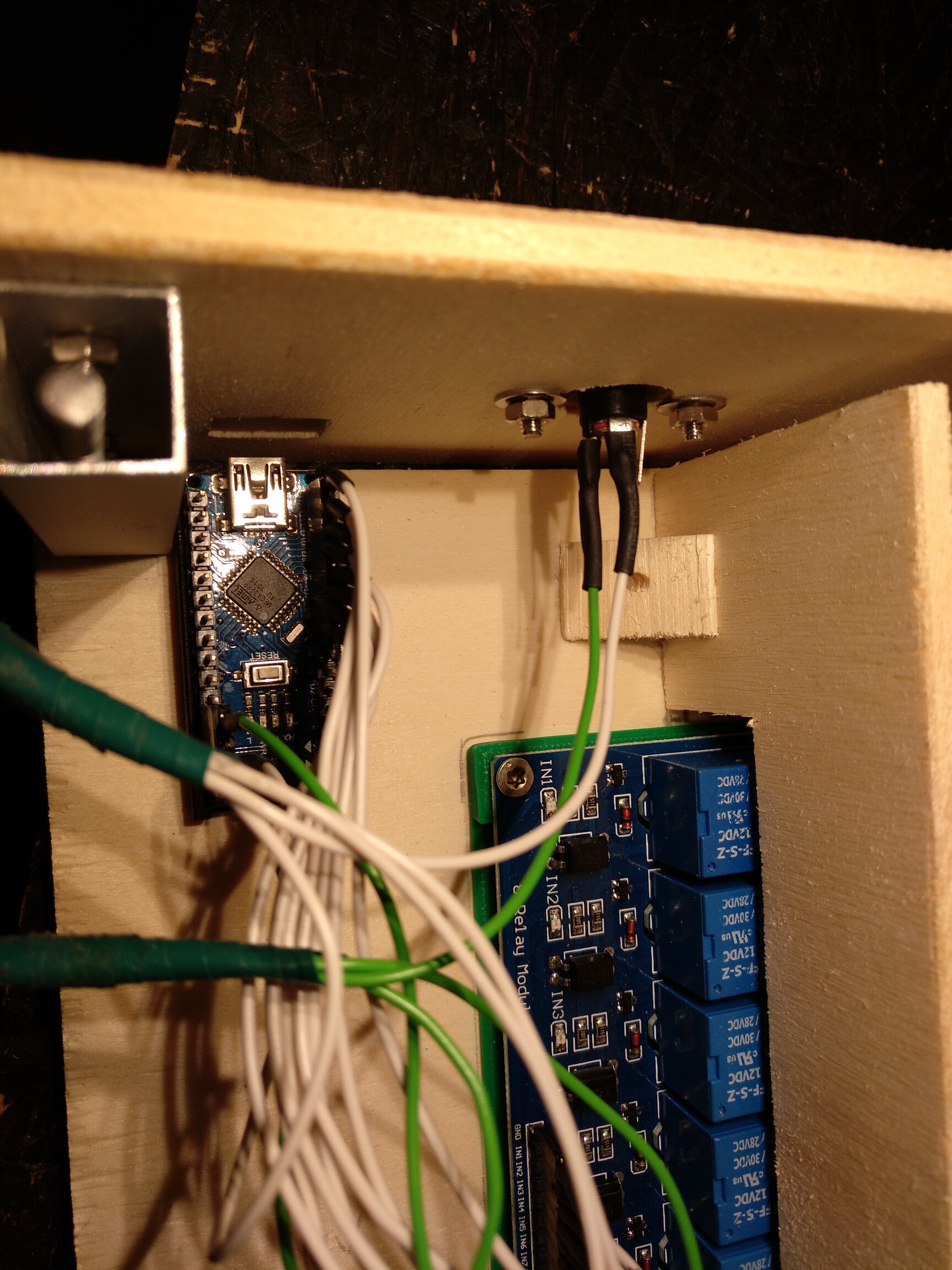 To mount the barrel connector for the low voltage power supply I 3D-printed another small part because the side wall is too thick to mount the connector directly to it. The file for this part is also in the GitHub repository. 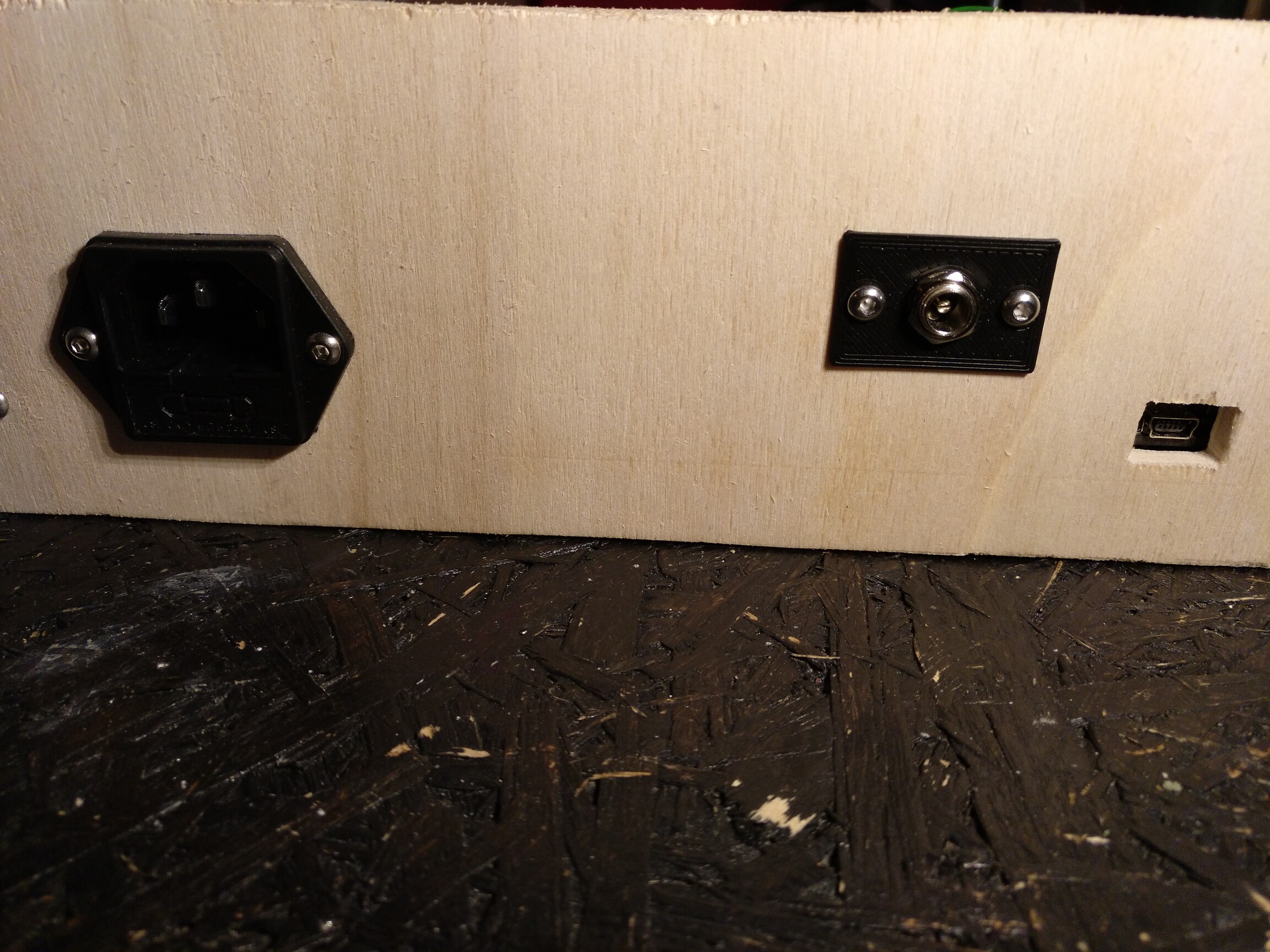 Finally I mounted the other three side walls as shown in the previous post of this series.

The software for the Arduino is very simple, it’s just implementing eight digital output channels (called coils in the Modbus world) that control the eight relays. Have a look at the GitHub repository for details.

A problem with the current design that I discovered pretty quickly during my first tests is that the relays really like to get stuck in the ON position when they are switched with a load connected. This happened almost every time for devices with rather large power supplies (like a PC) but basically never for smaller loads (like a LED bulb or a USB power supply).

It’s currently not a huge deal for me because I mainly use the power strip to switch lights – for larger loads I switched to commercial wireless sockets. In the future I might try to replace the relays with solid state relays or maybe better relays that are designed for larger currents, that should solve the problem. I will keep you updated on any future improvements :-)